The ‘ambulance’ is Indian ingenuity at its best: a modified four-stroke motorcycle equipped with a first-aid kit and fitted with a sidecar comprising a mattress to provide comfort to pregnant women. 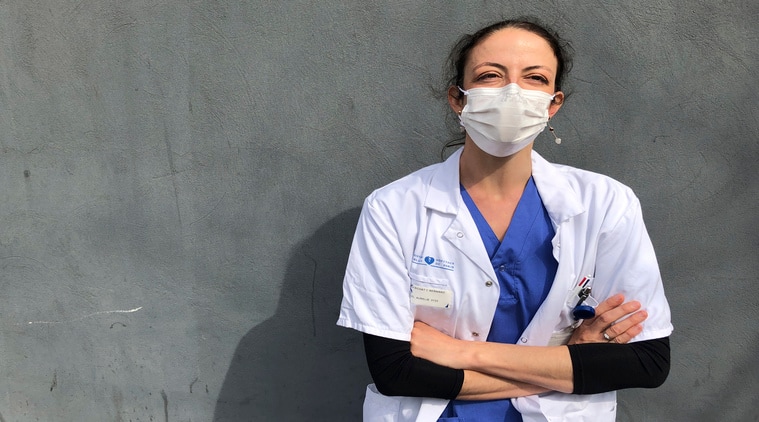 Shuganti Kashyap opted for home births thrice previously. The 15-km journey through the rough and hilly terrain to the nearest primary healthcare centre in south Chhattisgarh’s Narayanpur district prompted her to prefer delivering her babies at home. This time, however, she had a different experience. A week back, the 30-year-old Gond tribal gave birth to her fourth child at a healthcare centre in Dhaudai, a remote village deep inside the jungles of Naxalite violence-hit Narayanpur. She reached the clinic in a motorbike ambulance.

Rolled out as a pilot project by local NGO Saathi and the UNICEF in 2014 and later adopted by the district administration, the free motorbike ambulance service has emerged as a huge relief for many like Shuganti in a region with a challenging topography and even bigger challenges.

District Collector Padum Sinh Alma explains that the mountainous terrain, the many rivers and rivulets, along with limited mobile connectivity make Narayanpur one of the most difficult areas to access in India. “The bike ambulances have been instrumental in ensuring that pregnant women reach the nearby healthcare centre on time. They are more effective than conventional ambulances in reaching those who live in interior pockets,” he says.

A pregnant woman disembarks from the bike ambulance to get medical assistance at the Dhaudai primary health centre. Express Photo by Sajin Saju

The ‘ambulance’ is Indian ingenuity at its best: a modified four-stroke motorcycle equipped with a first-aid kit and fitted with a sidecar comprising a mattress to provide comfort to pregnant women.

What makes KuCoin P2P Trading Platform a Good Choice To Buy Crypto?
Airtel Demonstrates Immersive Video Entertainment On 5G; Recreates Kapi...
Is It A Good Idea To Keep One Account For All Your Financial Transactions?
Touching The Sky : SIMS, Pune Alumni On A Path To Make A Difference
More Premium Stories >>

But the impact is significant. Despite showing some improvement in recent years, Chhattisgarh still fares poorly when it comes to infant and maternal mortality rates. As per the National Family Health Survey-4, 2015-16, the infant mortality rate in Chhattisgarh was estimated at 54 per 1,000 live births, which is quite high compared to the national figures.

Alma says the initiative has helped decrease infant and maternal mortality rates by increasing the number of institutional deliveries among tribal women.

The remote district also includes the densely-forested Abhujmaad region, a stronghold of the outlawed Communist Party of India-Maoist. For long, tribals have got caught up in the crossfires between the police and the Naxalites. But when it is about health, Alma says, the insurgents choose not to interfere.

“They (insurgents) are also in need of medical care. Perhaps they go to health camps in civilian clothes to remain undetected. No one knows,” he says, highlighting that the risk factor remains less when the health workers are locals. Despite the curiosity it generates along with the obvious comparisons to bike in Sholay, the motorbike ambulance results in less attention than a four-wheeler.

A rare success story in the red corridor, the motorbike ambulance service has now been expanded to four more regions—Akkabeda, Dhanora, Orchha, and Badi Jamari— aside from Dhaudai.

But it is not always a smooth ride. Suresh Kumar, who says he has helped over 900 pregnant women to reach healthcare centers in his ambulance bike, cannot help but remember a particular moment. “I was ferrying a pregnant woman, who was flanked by a Mitanin (accredited social health activists) to a health center in Chhotte Dongar. But she gave birth inside the ambulance, just 100 metres away from the healthcare facility. I wish I could have rushed then.”

An admirable role is also played by the accredited social health activists, called Ashas, and auxiliary nurse midwives around whom the entire rural health services ecosystem revolves. They also maintain a list of expecting mothers based on which women are brought to the PHCs before their due dates.

“They are unfazed by the Naxal-Maoist threat,” says Dr Gemesh Choudhary, Assistant Medical Officer at the Dhaudai health centre. “There are places where they trudge for miles, wading through rough rivers and climbing steep terrains to deliver basic medical assistance. That itself demonstrates a strong will power and immense strength.”